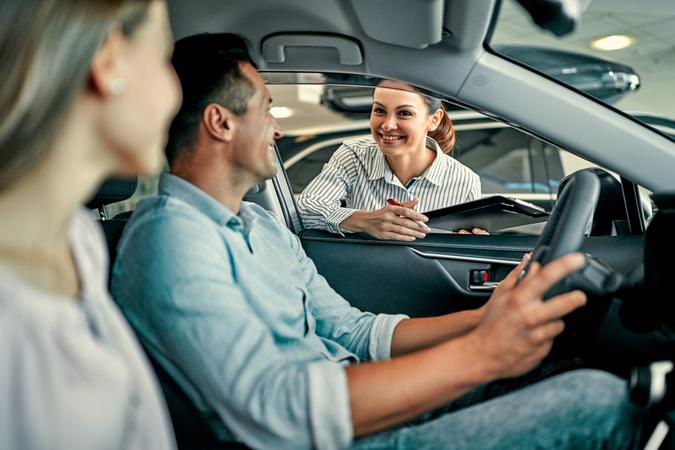 The Federal Reserve’s plan to raise interest rates this year will likely mean higher rates for car loans as well, but that probably won’t have a huge impact on either auto sales or the terms many car buyers get, experts say.

See: How Much Will the Fed Raising Interest Rates Affect You?
Find: Used Car Prices Exceed $28K for the First Time Ever

In its recent 2022 outlook for the auto industry, Cox Automotive said it expects auto loan rates to be higher by the end of 2022. From a historical perspective, however, rates would still be “low and attractive.” And while higher rates come at a time of spiraling inflation for both new and used vehicles — the average price of both have recently set new records — the impact on car sales should be minimal.

Increased rates will have “no material impact on car sales,” said Jonathan Smoke, chief economist at Cox Automotive, adding that the global microchip shortage will have a much bigger impact. If anything, higher rates might push sales slightly higher.

“As rates begin to go up, it usually juices demand a bit as consumers try to get in before the rates go too high,” Smoke told GOBankingRates in an email.

See: What Percentage of Your Income Should Go Toward Auto Loan Payments?
Find: The Top 8 Car Deals for 2022

Other industry watchers have a similar take.

“A rise in interest rates has a minimal impact on auto loan rate affordability,” Greg McBride, chief financial analyst at Bankrate.com, told MarketWatch. “The difference of one-quarter percentage point amounts to a difference of $3 per month for a car buyer borrowing $25,000.”

Higher overall rates might not have a huge impact on the loan terms car buyers get, either, because those are usually more influenced by factors such as a customer’s credit score and credit history. Much of it depends on how lenders react to the Fed’s rate hikes.

See: 7 Crucial Things You Need To Apply for a Car Loan
Find: 17 Hidden Auto Costs Your Dealer Will Never Tell You About

“It is possible that the rates offered by lenders continue to be relatively favorable relative to what the Fed is doing and what the bond market is doing, but lenders are likely to manage risk in other ways if yield spreads do not expand,” Smoke said. “For example, higher down payments could be required, terms offered could be shorter thus increasing payments, or lower credit applicants may have a harder time getting approved.”

As for consumers who are worried about the combination of higher rates and rising sticker prices: The best strategy is to be flexible with what you’re looking for in a car.

“Consumers looking to save money can be flexible as to color, trim-level and other options,” Smoke said. “And you will likely score a better deal if you shop a sedan vs. an SUV or a pickup.”

Vance Cariaga is a London-based writer, editor and journalist who previously held staff positions at Investor’s Business Daily, The Charlotte Business Journal and The Charlotte Observer. His work also appeared in Charlotte Magazine, Street & Smith’s Sports Business Journal and Business North Carolina magazine. He holds a B.A. in English from Appalachian State University and studied journalism at the University of South Carolina. His reporting earned awards from the North Carolina Press Association, the Green Eyeshade Awards and AlterNet. In addition to journalism, he has worked in banking, accounting and restaurant management. A native of North Carolina who also writes fiction, Vance’s short story, “Saint Christopher,” placed second in the 2019 Writer’s Digest Short Short Story Competition. Two of his short stories appear in With One Eye on the Cows, an anthology published by Ad Hoc Fiction in 2019. His debut novel, Voodoo Hideaway, was published in 2021 by Atmosphere Press.

‘This is not a gay disease’: WHO expert weighs in on monkeypox stigma | USA TODAY

Five Americans are likely infected with monkeypox, according to the CDC, warning that people might first mistake the infection for an STD. RELATED: Here’s why we shouldn’t be too concerned about monkeypox https://youtu.be/9pWP4WJl6hQ Scientists have recorded more than 250 confirmed…