BEIJING — International Olympic Committee president Thomas Bach said Friday that he was “very disturbed” by Russian figure skater Kamila Valieva’s disastrous performance the night before, while also ripping members of her inner circle who did not visibly support her.

In his first comments on the Valieva story, which he called “very sad,” Bach said he watched Thursday night’s long program on television and was struck by the pressure that Valieva, 15, must have been feeling. He said he struggled to watch her struggle through her program and repeatedly try to compose herself.

“This pressure is beyond my imagination, and particular for a girl of 15 years old,” he said.

Immediately after Valieva’s performance, which dropped her from first place to fourth, TV cameras captured Tutberidze asking critical questions of her 15-year-old pupil. According to Russian news outlets, she asked Valieva, “Why did you stop fighting? Explain it to me, why?”

Bach said it struck him as “tremendous coldness.”

“All of this does not give me much confidence in this closest entourage of Kamila, neither with regard to what happened in the past nor as far as it concerns the future, how to deal, how to address, how to treat a minor athlete at the age of 15 under such an obvious mental stretch. I can only wish for her that she has the support of her family, the support of her friends and the support of people who help her (overcome) this extremely difficult situation.”

MEDAL COUNT: How every country has performed at the Beijing Olympic Games.

OPINION: Kamila Valieva was failed by the adults in her life – and it showed in Olympic meltdown

Valieva has faced unrelenting scrutiny over the past week after testing positive for a banned heart medication. She was provisionally suspended by the Russian Anti-Doping Agency, then reinstated by a disciplinary panel, then cleared to compete by the Court of Arbitration for Sport.

The case has been particularly complex given exemptions in the anti-doping rules for minors, who are considered “protected persons.”

Bach said the Valieva scenario has also raised questions about whether there should be a minimum age limit for Olympic competition. He said discussions over the issue have already begun in the IOC’s executive board.

“But this needs careful deliberation,” he said. “It needs consultation on two fronts: The one is with regard to WADA, to see whether there is the need to adapt the rules. The other stakeholder is the international federations, whether the establishment of a minimum age for participation is an appropriate measure.

“We will initiate such a discussion and at least give them some food for thought.” 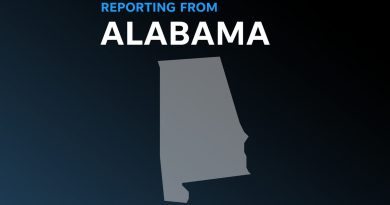 Stressed out schools: How parents and teachers choices are changing education – USA TODAY

On today’s episode of the 5 Things podcast: How are schools across the nation faring now that school is back

DAN BONGINO: Is the United States on the communist fast track? – Fox News